Dominion Stage celebrates the diversity found in our audiences, our community, and on our stage.  Our diversity is evident in the shows we select, the makeup of our organization, and in our casting.  If we have failed to make this clear in the past, we sincerely apologize.

Factors that do NOT influence casting:

Factors that DO influence casting:

Auditions are usually two weeknights; pick one. Bring a resume and a headshot, but if you don't have these, we can take your picture and you can list experience on the audition form.  In the sign-in room, you'll fill out an audition form, and conflict calendar (dates you are not available for a rehearsal or performance).  There will be role descriptions, and "sides" or selected scenes from the script.  You'll be called in singly or in groups.  You may do a prepared monologue, or cold readings from the script, depending on what the director has requested. For musicals, you'll also be taught basic dance steps, and sing a song you've prepared in advance (please bring the sheet music).  Callbacks: Some actors will be "called back" for a second time, by invitation.  If you are not called back, this only means the director doesn't need to see you a second time. Casting: Actors who are cast will be notified by telephone.  Actors who are not cast will receive an email.  The date these calls and emails will be made will be clarified at the audition.

NOTE: If under 18, a parent or guardian must accompany you to the first audition.  Some shows may be limited to actors 18+. 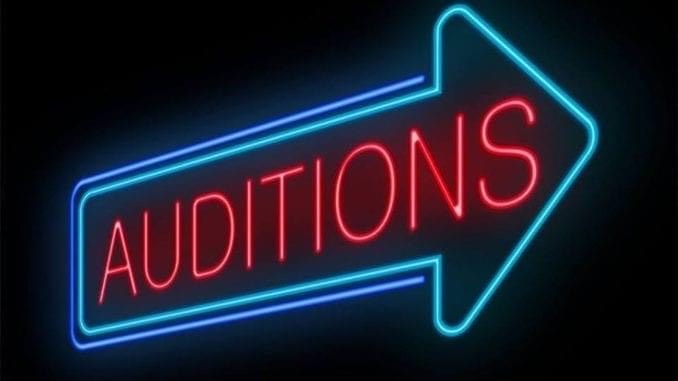 Please come prepared with a contemporary comedic or dramatic monologue, ranging from 1 to 2 minutes. We also request you bring a current resume, headshot, and list of conflicts between September 20th and November 21st.
‍
Callbacks will consist of readings from the script.

Description of the Show

“During an ostentatious wedding reception at a Knoxville, Tennessee, estate, five reluctant, identically clad bridesmaids hide out in an upstairs bedroom, each with her own reason to avoid the proceedings below. They are Frances, a painfully sweet but sheltered fundamentalist; Mindy, the cheerful, wise-cracking lesbian sister of the groom; Georgeanne, whose heartbreak over her own failed marriage triggers outrageous behavior; Meredith, the bride’s younger sister, whose precocious rebelliousness masks a dark secret; and Trisha, a jaded beauty whose die-hard cynicism about men is called into question when she meets Tripp, a charming bad-boy usher to whom there is more than meets the eye. As the afternoon wears on, these five very different women joyously discover a common bond in this wickedly funny, irreverent, and touching celebration of the women’s spirit.”

Rehearsals will start Monday September 20th after casting and are planned for three weeknights (7-10 pm) and Saturdays (late morning to early afternoon). Tech rehearsal begins October 25th-November 4th. Actors are required to be present each day of tech week for the entirety of rehearsal and for strike on November 21 . Rehearsal schedule will be finalized after the show is cast and actors' conflicts have been accounted for.

Arlington County Covid-19 protocols require everyone to wear a mask regardless of vaccination status at the Theatre on the Run facility where Dominion Stage rehearses. Our performance space, Gunston Theatre 2 also requires everyone to wear a mask. During performances actors will wear clear face shield masks. Please note that Covid-19 protocol are subject to change in response to changing conditions. Dominion Stage will follow all protocols set by Arlington County to keep our artists and patrons safe.

Performances are Thursdays, Fridays, and Saturdays at 8 P.M. There are no Sunday or Matinee performances unless noted.

Sides for callbacks to come...